the brownfield between us: a work in progress

the brownfield between us trailer

I'm working on a documentary, the brownfield between us, with Ellen Esling, a former graduate student of our MFA program who first learned about this contaminated former industrial site in our town in my class, Storytelling in the Anthrocene. From 1902-1987, a midwestern wood treatment plant provided railroad ties to support the expanding industries of that century. The plant largely employed men from the nearby black neighborhood of Carbondale, Illinois as Generations later, as residents piece together a pattern of fatal malignancies in the neighborhood, and begin to conduct their own investigations into environmental racism, a company from out of town promises to produce clean energy on the contaminated brownfield.

the brownfield between us will tell the environmental justice story of the tie yard plant in Carbondale Illinois, and its impact on the health and land of local black families. The brownfield between us speaks to differentials of historic trauma, or ghosts, that lead to differentials of risk. In the context of city government and land management, these differences are translated into positions of obliviousness regarding the health and safety of a town, its people and the land they occupy.

We plan to finish it in September, when a memorial to people who were affected by this industry will be placed in park in Carbondale.

considering the basis of property in violence, just as it is slipping away

An essay written about land and the idea of property, before humans, and as subject to the violence of contemporary human cultures. Measuring Loss was written in response to The Anthropocene River Campus seminar “Claims/Property: Making and unmaking property in the Anthropocene”
I'm grateful to the Haus der Kulturen der Welt for the support of this work and especially to Fiona Shipwright for editorial support, Shana M. griffin to her vital work in New Orleans about housing, gender and race, and to Geneva LaBeouf for generously sharing her home and knowledge with us.

Long before it will become someone’s property, this place is a salty inland basin that fills and empties over long intervals, drawing down silt and nutrients from hot equatorial forests that feed teeming microscopic life forms, the precursors to oil. Much later come intervals of extreme cold, years of glaciers advancing and retreating, and then finally a melt. Some people on this continent know of the ice from their ancestors’ stories. Now, around 2500 BCE, the Mississippi River is really starting to get going, moving its fresh water and silt down a slow grade, carving and filling land, avulsing into new channels, and dumping successions of sediment loads in lobes of soil that extend into a sea. Small bands of people move through and live on these spits and marshes, gathering shellfish, hunting; some are the predecessors of people who still live here, while others leave only remnants of their occupation in shell middens and mounds. A rich time; buffalo graze all the way down to the gulf. A thousand years from now, in 1540, an adventurer from afar named Hernando de Soto will drift down the Mississippi and leave his remains as well. Another hundred years pass, and the French explorer Robert de La Salle takes his turn to float down the channel. He claims the land, valley, waterways, trees, bayous—all of it and more—for France.


The terms “claims” and “property” composed the title of a seminar convened during the November 2019 Anthropocene River Campus to investigate how cultures of property support, infiltrate, and inform processes of the Anthropocene. This topic emerged from a process of collective analysis and writing at the Anthropocene River Midway Meeting in St. Louis in the spring of 2019. As seminar conveners, we hoped not only to address land as property but to draw out gray zones of epistemic significance, such as how the practice of property sees all life as its potential object. Indeed, the pervasiveness of property and its sedimentation through both space and time made it difficult to settle on a plan. For one, how were we to pursue a subject that is more social practice than thing? Neither “property” nor “claims” can be observed as material or infrastructural projects, such as a dam, hospital, prison, or school can. Yet property provides the economic and political underpinnings for such projects—whose benefits are subsequently unevenly distributed.


To think about property is to think about its political predisposition and social effects as part of a broad and subjective variegation of emotional charge. Who is able to have access to or “make” property, and how, and for what purposes? Claims, whether to territory, speech, or narrative, are likewise enunciated by social subjects and infused by feelings. We needed to encounter the narratives and feelings that generated these claims. But it seemed paralyzing to imagine how, and with whom, especially for those of us who live far from the context of New Orleans. And for some, our identities also mattered, as white people from settler or immigrant ancestries who enjoy advantageous property relations through no efforts of our own. We recognized that contingencies and differences between people are symptomatic of and charged with the full weight of the contradictions and inequities issued in society. Our initial conversations hovered on the sticky questions of how the historical making of property has disproportionately negated the existence of some more than others—the same people who suffer environmental vulnerability, and political and economic exclusion. It seemed important, then, to situate our seminar’s practice as one of observing and listening to these experiences, even though imagining such conversations with roughly thirty people beyond our initial convening group (Morgan Adamson, Bruce Braun, Ravi Agarwal, Shana M. griffin) seemed overwhelming.


We did not want to use the form of a tour, because claims and property, rights and access, are precisely the facts that tourism conceals. An investigation into place should instead entail learning about the means through which people are able to animate that place to make it home, and the obstacles that prevent that. We decided to explore New Orleans as a territory alongside our hosts, experts, and conveners. We leaned heavily on the knowledge, generosity, and affinities of Shana M. griffin, Grace Treffinger, Geneva Leboeuf, Laura Kelley, and Nathan Jessee. We reflexively reframed our questions about property and claims through listening to their experiences, divulged formally and informally, walking, eating, and being together.

Reshaping the Shape: Embodiment, Ecology, and Culture of a Postnatural Fish

This work was created for Confluence Ecologies, an exhibition that was part of Berlin-based cultural institution HKW's Anthropocene River initiative. The more my collaborator Andrew Yang and I learned about the complex itineraries of these two recently introduced Asian Carps- Bighead and Silver, the more we recognized that these are indeed creatures of the Anthropocene. They are truly hated for their invasiveness in the Mississippi watershed, but they also need to be reckoned with as they become part of the river’s second nature. Conservation professionals recognize the fish is in fact naturalized. By exploring the entangled cultural and natural history of the carp fundamental questions arise concerning how humans, non-humans, and landscapes reshape each other. Reshaping the Shape seeks to follow the stories and forms through which the Asian Carp might be reimagined and transformed from public enemy to a mascot of a global commons.
At Southern Illinois Museum, Carbondale, October 11-November 30

Naxilandia in the 17th

Naxilandia is a semi-fictional inquiry into the elective, empowered, and social nature of subsistence agriculture and its potential of resistance in the face of nation building. Recorded over six months in rural Yunnan Province, this multi-channel video installation traces the contradictions created as subsistence life encounters enclosure.
On the occasion of the 17th Congress of the People’s Republic of China in 2007, 30 years into the process of “reform and opening up,” President Hu Jintao pledged to extend agricultural modernization to the nation’s indigenous highland homes.  Three or four channel video installation, variable size, 70 minutes

Subsistence farming on the hills above the Yangtze River in Wumu


The Earth Will Not Abide

The Earth Will Not Abide has been conceived as a research process, gallery installation and public forum, with specific relevance for both North and South America and China.
The research process draws on multiple disciplines to connect local experiences with global-scale transformations. The results are presented through written analysis, audiovisual documentation and focused interviews, but also through aesthetic experimentation. The research is ongoing and invites fresh input from farmers, academics, technical specialists and public intellectuals.

The gallery exhibition comprises a core of tightly articulated artworks, which can be expanded through the inclusion of local artists or the addition of new works by members of the initial group. The aim is to provide an immersive experience that incites curiosity and unleashes the imagination.


The Monsanto Hearings video is a 58 minute documentary that introduces the Monsanto Hearings project. The video was produced by Sarah Kanouse and Sarah Lewison and screened at Documenta(13) in Kassel Germany. The film is available for community screenings.

The Monsanto Hearings video brings together fifteen testimonies from the first Monsanto Hearings, held in Carbondale Illinois and Iowa City, IA. The film moves back and forth between the testimonies given in the two locations, and also incorporates additional interviews from outside the courtroom.

Fat of the Land

Fat of the Land is a 58 minute documentary about waste and energy, and ultimately, about the wastage of energy. Produced 1995. Biodiesel is a common fuel today but not in 1995 when this video was produced. We highlight the possibility of transportation energy solutions that drew resources from locally produced waste.  Waste grease biodiesel could supply at the time 10% of energy demand. Sarah Lewison and Nicole Cousino, with Gina Todus, Julie Konop and Florence Dore.

The course of biodiesel production and promotion has exceeded our preemptory imaginings; we  always believed it would be a terrible idea to grow crops for the production of bd as is happening now. To destroy existing peasant agricultural land for monocultures of coconut and other oil plants to burn in a diesel engine is not a just solution to societies energy needs.

Fat of the Land


Pickles in translation: Autopoiesis and vibration 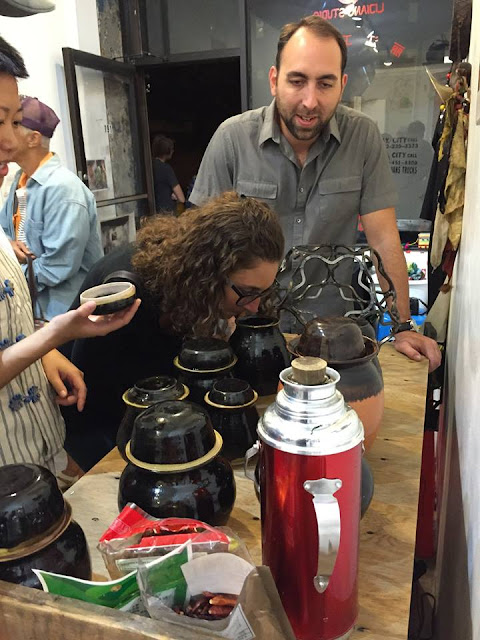 From Lijiang Studio INDEX, a series of events in NYC, September 2015

Much of the research katalog (duskin drum and Sarah Lewison) did at Lijiang Studio involved observation, translation or appropriation of traditional subsistence technologies.

Salt fermentation is the dirty-delicious- point in the spectrum of fungal-human commensality.

The colonies that characterize fermentation begin with logarithmic expansion, leading to a plateau and decline. 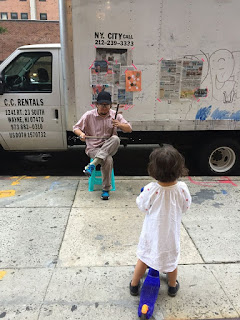